The Multimedia Craft of Wonder has been organised by Hannah Bower and Rebekah King, both of whom are based at the University of Cambridge. You can find out more about them both below. 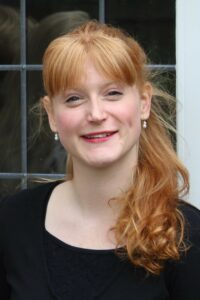 ower is a Junior Research Fellow in English at Churchill College, Cambridge and she specialises in medieval literature. Her research focuses on the boundaries, overlaps, and exchanges between literary writings and other, apparently practical or scientific texts. Her PhD, funded by the Wellcome Trust and completed at the University of Oxford, explored the linguistic and imaginative connections between medieval medical recipes and more canonical literary writings; it will shortly be coming out as a monograph with Oxford University Press. Hannah also recently completed a six-month secondment fellowship at the London Science Museum where she thoroughly enjoyed exploring the editorial history and reader reception of eighteenth-century medical pamphlets. Her current research continues these interdisciplinary and transgeneric approaches; it explores how human-engineered spectacles—performed by bodies and formed (or re-formed) in text—might function as fecund sites within medieval writings for intersections between different written and dramatic genres, literary forms and inhabited spaces. She is looking forward to meeting fellow ‘wonder’ enthusiasts at the conference and discovering many different angles through which to explore the topic! 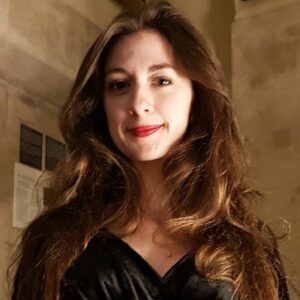 Rebekah King is a first year PhD student at the University of Cambridge writing a thesis on the figure of King Solomon in early modern drama. She is investigating the ways in which debates about magic and the possibility of safely engaging with the supernatural or ‘occult’ could be explored through the Solomon myth, both when Solomon appeared onstage as a character, and when his iconography shaped the depiction of various magicians. Rebekah has two masters’ degrees: an MSt in English 1550-1700 from the University of Oxford, and the practice-led MA in Shakespeare and Creativity from the Shakespeare Institute, taught jointly with the Royal Shakespeare Company. Rebekah has always had one foot in academia and one in the world of theatre and storytelling: she is an internationally-performed playwright who won the inaugural Pembroke Players Playwriting Award 2020-21 and in 2020 was a finalist in the Questors Student Playwriting Award and the Radius Drama Award. Rebekah is thrilled to be helping Hannah organise the ‘Multimedia Craft of Wonder’ conference which touches on many of her areas of interest and will undoubtedly spark many new and exciting conversations with scholars from different fields.