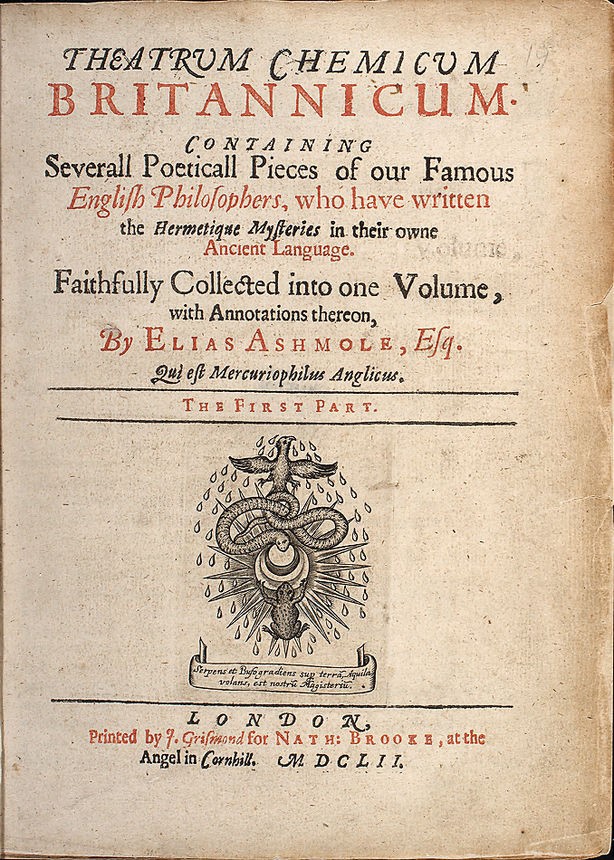 ‘It Was Drawn from the Life’: Medieval Alchemy and the Proto-Homunculus

Medieval alchemy has long conjured images of smoky laboratories, strange substances, dodgy practitioners, and misguided pursuits. While the alchemists of old remained mostly unsuccessful in their experiments, their pursuits often led to other chymical discoveries or helped establish the foundations of modern chemistry. The goal of medieval and Renaissance alchemy was primarily twofold: transmuting base metals, such as tin or lead, into gold (chrysopoeia), or creating an elixir vitae (elixir of life) to prolong the user’s life. The Philosopher’s Stone, which found renewed popularity in recent years with J. K. Rowling’s novel Harry Potter and the Philosopher’s Stone, was believed to be the transmuting agent to effectively replicate gold.

Yet these alchemists were also interested in the possibilities of artificial life – the most popular imagined creation stemming from such interests was the “homunculus,” or little man, which was basically a lab-grown mini-human. The imagined homunculus was created through an alchemical transmutation of substance, resulting in an artificial humanoid capable of superhuman thought and strength. While the Swiss alchemist Paracelsus (c. 1493-1541) or one of his followers coined the term ‘homunculus’ for such alchemical creations in the sixteenth century, its medieval incarnation, which I have termed the ‘proto-homunculus’, also appears earlier in late medieval alchemical manuscripts and recipes, particularly in the fifteenth century.

Paracelsus and the Homunculus

Paracelsus was the O. G. Renaissance hellraiser of his day, and his more unconventional behaviour included travelling everywhere by foot and wearing a heavy broadsword given to him by a hangman, writing most of his treatises while intoxicated, describing the local doctors as town fools, possessing a deep fascination with monsters and monstrosity (perhaps because he saw himself as an outcast), and apparently setting copies of Avicenna’s books on fire. Yet his contributions to medicine and alchemy were profound and ground-breaking, and he treated mental illness and mental deficiency as medical issues. Paracelsus (or one of his Stagyrian followers) describes the process of creating the homunculus in De natura rerum (On the Nature of Things, 1537), one of the alchemical writings attributed to him:

That the sperm of a man be putrefied by itself in a sealed cucurbit for forty days with the highest degree of putrefaction in a horse’s womb, or at least so long that it comes to life and moves itself, and stirs, which is easily observed. After this time, it will look somewhat like a man, but transparent, without a body. If, after this, it be fed wisely with the Arcanum of human blood, and be nourished for up to forty weeks, and be kept in the even heat of the horse’s womb, a living human child grows therefrom, with all its members like another child, which is born of a woman, but much smaller.[1]

While the homunculus in late medieval poetry typically has a slightly different genesis, its creation and being is strikingly similar to Paracelsus’s description. The homunculus appears in medieval texts as well, including Jabir al-Hayyan and pseudo-Thomas Aquinas’s writings, and possibly even earlier in Zosimos of Panopolis’ alchemical writing in the classical world.

But why was there such interest in the homunculus, particularly as an alchemical phenomenon? The concept of the homunculus stemmed from philosophical ideas about spontaneous generation, particularly Aristotle’s theory that living things could be created from matter, as well as notions of human reproduction. In late medieval and Renaissance depictions of the homunculus, sperm was viewed as essential for creating life, yet the womb also functioned as a matrix that protected and nurtured potential proto-homunculi or homunculi before their conception. Like alchemy, it was believed that the homunculus could be created and effectively reproduced through artificial means, emerging as a byproduct of alchemical transmutation or as a metaphor for completing a stage of the process.

Long before Paracelsus and the heyday of the Paracelsians, the proto-homunculus and the concept of artificial generation was already a hot topic among medieval Arab and Persian philosophers. The eighth-century Persian sage Jabir al-Hayyan, also known as the ‘Paracelsus of the Arabs,’ describes the process of creating artificial life in the Book of Collection (Kitab al-tajmi), in which sperm can be sealed within a mold and heated in a perforated vessel to produce an artificial being with adult intelligence.

The proto-homunculus also began to appear in late medieval Western Christendom in the fourteenth century, firstly in pseudo-Thomas Aquinas’ On the Essences of Essences (De essentiis essentiarum). What begins as pseudo-Aquinas’ seemingly misogynistic attempt to discredit the woman’s role in the birth of a living being ultimately leads to his conclusion concerning the proto-homunculus: ‘if one takes the semen of a man and places it in a clean vessel under the heat of dung for thirty days, a man having all the members of a man is generated there’.[2] According to pseudo-Thomas Aquinas, the proto-homunculus can be created by gestating sperm within a makeshift womb, echoing Jabir al-Hayyan’s theory and preceding the Paracelsian homunculus.

The notion of the proto-homunculus continues to change and evolve into the fifteenth century. Bodleian Library Ashmole MS 1445, for example, presents an alchemical dialogue between the father Morienus and his son Merlin, who seeks knowledge of

how the Philosopher’s Stone should be wrought’.[3] Morienus agrees to teach him the alchemical spirit of Mercury on condition that Merlin maintains its secrecy and proceeds to describe the alchemical process in allegorical terms. The proto-homunculus appears in this description of the process, and curiously shares a parallel trajectory with Alexander the Great in terms of its incredible power and abilities. Like the previous examples mentioned here, the proto-homunculus (an allegory for Mercury) is generated within a metaphorical womb (likely an alchemical alembic or cucurbit). As a result of not possessing feminine matter, Mercury is supposed to represent, as Newman puts it, ‘intellectual and heroic virtues of masculinity.’[4] According to Paracelsus or pseudo-Paracelsus, the homunculus in its essence represented distilled masculinity, and Mercury transformed symbolizes this in his Alexandrian depiction.

The marvels of the alchemical homunculus thus stem from both Paracelsian and late medieval roots. The proto-homunculus continues to recur in alchemical literature in its late medieval incarnations, sharing consistencies with the homunculus of the sixteenth-century Paracelsians. The late medieval and Renaissance homunculus was ahead of its time, conceptually pre-dating test tube babies and advancements in cloning and stem cell research by centuries, although there is no evidence of any successful homunculi emerging from lab experiments at the time. Such proto-homunculi reveal their role as marvellous concepts and metaphors for successful alchemical experimentation and the validation of its practice.

For more on the Paracelsian homunculus: